50,000 people a year die from poor air quality in the UK, so it’s right that we look for every possible solution. What have we got to lose? However it pays to be cautious and sceptical when it comes to claims made for the contribution that urban greening could make to air quality.

Prof David Dawson – formerly of the London Ecology Unit and Greater London Authority – always used to say the biggest air quality  benefit of open space is that it doesn’t have cars running around it, and he’s probably right!

But there are some interesting findings emerging of the role of the right greening in the right place in helping manage urban air quality. 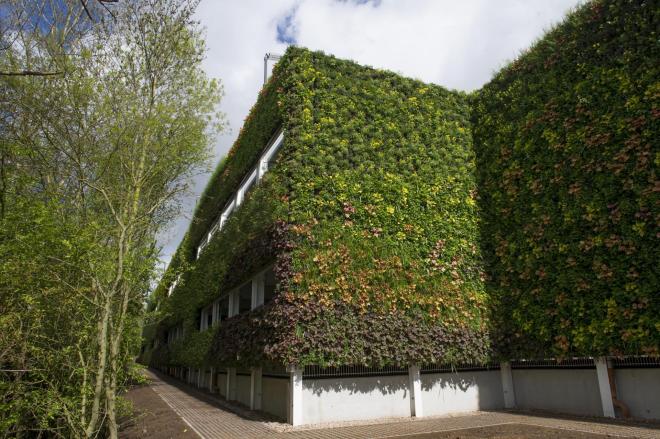 Various projects are claiming air quality benefits. This headline in the Evening Standard makes some overly bold promises and there is a high degree of unevidenced hyperbole out there if you take a look.

But there are some very large scale investments taking place, especially in London where projects have attracted Mayoral air quality funding. The green walls at Marylebone, one of the worst places for air quality in the UK, do look lovely though it isn’t easy to find evidence of any air quality benefit. Yet.

Promisingly, a study in the Journal of Environmental Technology showed that increasing deposition of the kind of pollutants and fine particulates that harm lungs (nitrous oxides and particulate matter) by the planting of vegetation in street canyons can reduce street-level concentrations in those canyons by as much as 40% for NO2 and 60% for PM.

Interestingly, trees were found to be less effective – whilst they help reduce air pollution and clean the air, they can keep street-level air from mixing with the air above.

A separate three year study by Middlesex University on the air quality benefits of green walls started in 2014 so we await the results with interest. The project supervisor hints at the complexity of issues like this, where we need to consider the whole life costs and benefits of the technologies we are using, and their sustainability…”We know that PM10 and NO2 particles stick to the leaves, but what happens afterwards? Some molecules might be absorbed by the plants and others get washed off when it rains and go into the soil. However, they could get washed off onto concrete and then when it dries potentially be re-suspended in the air“.

This Italian study in 2013 on the cost-benefit of green walls found that the only really sustainable technologies – when you consider their whole life across a wide range of benefits – are the simple green walls involving climbing plants (‘direct green facade’ in their terms). 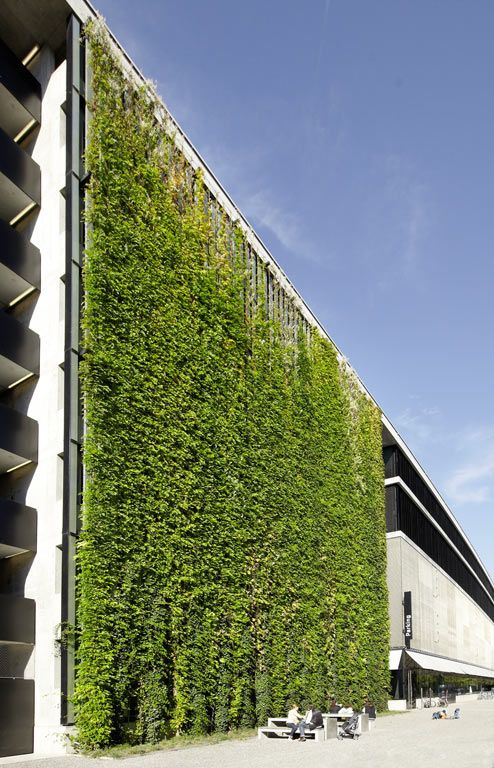 Here in Brighton & Hove, the air quality management plan points to a number of priority locations that remain despite considerable advances in traffic calming, zoning and cleaner bus technology.  Of course, traffic management must remain a priority. However, some of these places may meet ‘street canyon’ criteria. How about New England road, for example – what could we do with some greening technologies and lateral thinking?

And some of our hotspots are in relatively traffic-free, pedestrian heavy places where street greening would have other benefits:

“The most concentrated pollution is not always found adjacent to the highest volumes of traffic. Road intersections and enclosed streets have a limited spatial capacity before air quality is likely to become an issue. Relatively few vehicles with modest emissions totals can cause long term ambient nitrogen dioxide concentrations to exceed legal target levels in confined spaces. Most of these urban street environments have very high population density with considerable retail activity and associated frequent pedestrian foot fall.”

Could we trial some vertical greening in some of these targeted locations? Aside from some cost – which could be modest if pre-grown screens could be effective rather than the highly engineered wall type used in the Marylebone project?

What have we got to lose?